Which are the Best Cities and States For Tennis Players in America? Tennis is a very popular sport in the world. Tennis players are no less than celebrities. However, we always fail to understand just how much a sports person has to practice and train in order to play that well. He or she always has to be pretty much flawless. Along with training, one also needs to look at the weather and the condition of the tennis court. Once these are done, all that is left is for you to equip yourself with the necessary accessories of the game, such as a good racquet and a good pair of shoes. The countries which have produced star tennis players are all those which understand sports and the dedication that needs to be given to them. They help the players of their countries to survive the intense training and workout sessions so that they can become better at their sports and win the tournaments. They receive encouragement and support from their country and fans. The star tennis players could not have reached this peak without having somewhere great to practice and train. 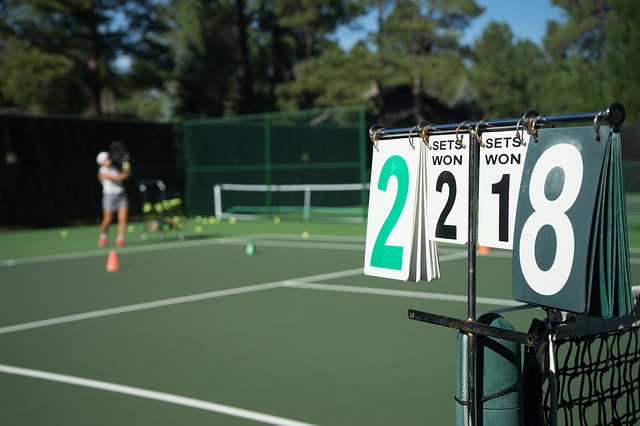 The best states for tennis players are naturally the ones which have a lot of tennis courts and many registered players. The city should have good facilities in order for the players to be able to practice. We obtained information from Play Your Court to know the best cities in the south, west, and northeast for tennis players. We sourced data from My Tennis Lessons as well. The recommendations were ranked by the average number of tennis courts and the average number of registered tennis players.

Some of the Best Cities and States For Tennis Players in America are Miami in Florida, Los Angeles in California, and Raleigh in North Carolina. Miami has 59 tennis courts and 1,120 registered players. Out of 59, 40 are public courts. Los Angeles has 80 tennis courts, of which 67 are public. More than 1,626 tennis players are registered here. Raleigh has 98 tennis courts with 68 being lit. Many people here play tennis as a past time but there are 333 registered players as well. Check out the complete list to know which the best cities are for tennis players. If you are a tennis enthusiast or a player, you should probably take a look!