Which are the Most Venomous Snakes in Australia? There are many deadly and poisonous snakes in the continent of Australia. 140 of 270 species of the creepy creatures are poisonous, but they might not be the most lethal. These deadly snakes are not fatal for the human beings because most of these snakes do not confront them. Humans and these deadly snakes stay in different territories. These snake poisons are made fatal by the composition of the deadly toxins it contains. According to many research, the content of the poison is determined by the prey the snake chooses to bite. Some snakes also change the contents of the poison all through their lives, in their adult and juvenile stage. 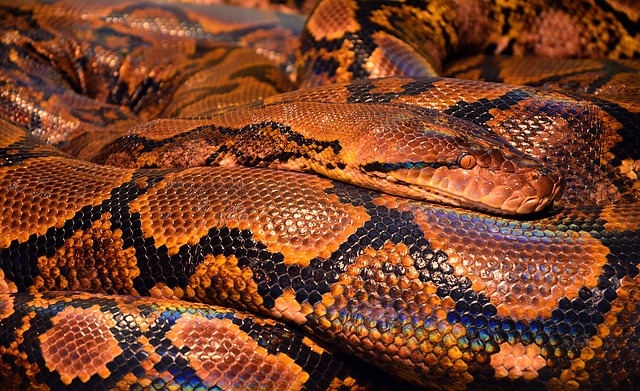 LD50 is the appraisal given to the snake poison, which is enough to kill the victim. For experiments, a lethal dose of venom is injected into mice. The snake which has the lowest degree of LD50 is the most poisonous. The researchers, based on the LD50 content of the venoms, have agreed that the most poisonous snakes are found in the continent of Australia. We obtained information from the Wild Classroom, Australian Venom Research Unit, and the School of Biomedical Sciences of the University of Melbourne. The Australian species of 20 deadly snakes are on the list. Though being the most lethal these snakes are being hardly destructive to the humans. As most of them are amphibian, they cannot take huge bites, so humans do not fall prey to them.

Dubios’ reef sea snake, Yellow-bellied snake, and Tiger snake are among the Most Venomous Snakes in Australia. Dubios’ reef sea snake is found in the Northern Coast of Australia, in the waters of Papua New Guinea and New Caledonia and has an LD50 of 0.04 The snake has dark bands on light color. The length of it is around 80 centimeters and it is very slim. It is supposed to be the most poisonous species. Yellow-bellied snake, also known as pelagic sea snake has an LD50 of 0.07. They are found not only in Australian waters but also in the Asian and Pacific oceans and in coasts of America. They are usually dark, brown, gray or black and their side is bright yellow. They grow to one meter and the females are larger. Tiger snake has an LD50 of 0.118. These types of snakes are found in the Southern Australia and Tasmania as they need marshy waters. It eats rats and mice. They usually are between is 1.2 to 1.6 meters. They are generally black in color and are thickly built.