Do you know what were the 12 cheapest currencies in the world in 2017 were?

If you ask me, the different currencies in countries is the stupidest thing that exists. Of course, besides the language but who will make every person in the world learn the same language all over again?

But when it comes to currencies, all countries could do the thing that European countries did. Sure, each one of them has its own currency but they all have one more that is unique for all of them, the euro. So now, when people from Germany go to Romania, they can easily pay everything they want with the euro without having to rush from one place to another to change the money. 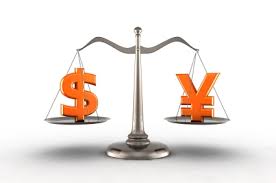 Different currencies are just making our lives complicated like it isn’t complicated enough so far. Not just that they have different names and different marks, but they also have different values. So now, if you take a dollar as a primary criteria, you will see that $10 can buy you different things from country to country and you could buy different value of the currency, depending on the course.

According to the United Nations, there are 195 countries in the world, whereas, according to the Countries of the World, there are 164 national currencies overall.  The rest of the countries that don’t have their unique official currency are using either euro or dollar, which is, in my opinion, a lot easier. But who am I to change the world’s economy?

According to all the research and the words of experts, the currency fluctuations impact economic growth, interest rate, capital flows, import and export, inflations but, besides that, it increases the economic and financial independence among countries. Still, there are the ones that are beating the whole competition, such as the US dollar, which is why it is always taken as a criterion for the exchange rate when it comes to making lists like this. Still, it doesn’t mean that the US dollar is the strongest currency in the world.  When it comes to the strongest, or the most expensive, currencies in 2017, there were seven of them stronger than the US Dollar, including the Euro since 1 euro counted for 1,04 dollar, and the eight, Bahamian Dollar, that has the same value as the US Dollar.

But now, we are talking about the cheaper currencies. To see the list, click on 12 worst currencies in the world in 2017.