One of the largest Japanese automakers, Toyota, is focusing to shift its car manufacturing to hydrogen fuel cell technology. Recently, the company partnered with Honda to set up hydrogen fuel cell operations in Montreal. Toyota is said to be one of few companies which developed fuel cells-powered vehicles. One of its vehicles, Mirai, is very popular in the Japanese market. Hyundai’s Nexo and Honda’s Clarify are equally popular. So, this is one of the catalysts that could spark increase in demand for hydrogen fuel cell stocks during 2021. Another catalyst in this regard is the data centers. As the world becomes a global village, the corporate sector and companies are focusing on efficient data centers with uninterrupted power supply to maintain operations. So, in this context the best option for data centers is hydrogen fuel cells technology. It is because this technology ensures uninterrupted power supply in a cost-effective fashion. During the global peak of the pandemic, Microsoft used hydrogen fuel cells to power data center servers for 48 hours. In backdrop of this experiment, the IT giant plans to convert its diesel engines into hydrogen fuel cells technology in the future. Continue reading this article and you get information about Best 5 Hydrogen Fuel Cell Stocks as shared by Insider Monkey in a Yahoo post.

Dow Inc. is one of the largest global chemical producers. The company invested way earlier in hydrogen fuel technology as compared to its competitors. It was in 2004 when the company partnered with GM for a joint hydrogen energy project. According to Evermore Global. “With respect to Corteva, Dow and DuPont, coronavirus related shutdowns that started in China painted an ominous picture for the global macro landscape, and we exited our positions in these three companies that comprised the former DowDupont (DWDP) beginning in February. Additionally, numerous channels checks were performed which indicated that various supply chains were being disrupted and stressed, a poor sign for three companies that are very global in nature.” Another popular company is Linde PLC. It is headquartered in Ireland. The company’s core business is to manufacture and sell atmospheric gases which include oxygen, nitrogen, argon etc. Hydrogen is the focus area of the company because around 160 hydrogen refueling stations are using the company’s technology. There are several other companies. Check out more information at 10 Best Hydrogen Fuel Cell Stocks To Buy Now. 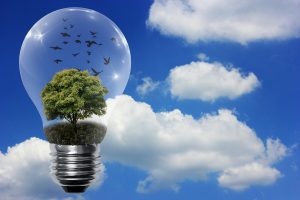