The recent plunge in the financial markets not only affected the traditional financial markets but it also appeared as a sucker punch for the digital financial world. The Goldman Sachs Group Inc. the leading securities and investment management firm, anticipates the recent digital market crash as a sign of failure for the cryptocurrencies in the long run. In a report published by Goldman Sachs Group Inc., Steve Strongin, the head of Goldman Sachs global investment research, shared his views about the future of cryptocurrencies. 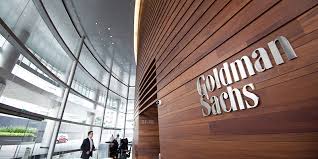 The other hurdles in the survival of cryptocurrencies are the technical shortcomings. The businesses that don’t address the shortcomings can only last for a short period of time and can’t become big market giants like Google, Amazon. Steve Strongin believes that the high maintenance costs, slow transactions, and the security issues in the digital world are few of the reasons that make cryptocurrencies less favorable in the long run.  One can witness people complaining about transaction failures and transactions taking too much time to complete. This makes the situation less favorable for those who require financial transactions completion in quick succession or at regular interval. The second concern highlighted by Steve Strongin is the security of the Bitcoin wallets and transactions. Many high level attacks on cryptocurrency wallets and financial institutions have been reported with no clue about the attackers. These developments make the situation less attractive for the organizations to adopt cryptocurrencies as a reliable asset.

Steve Strongin admires the role of blockchain technology in improving the financial ledgers through tracking the transactions without requiring any centralized recordkeeping of the digital transactions. However, Steve shows his concerns over the speed that every cryptocurrency transaction takes to complete. Steve is of the view that although the blockchain technology can improve the financial ledgers, the one of the aforementioned issue i.e. transactions speed is still a concern.