In the business world, companies and organizations grow via two methods. Firstly, through organic means. Secondly, through acquisitions. Organic growth means moving ahead in the market slow and steadily. This involves increasing sales and market share through well-defined strategy. It cannot be done in a day. It takes years and even decades. Therefore, most of the companies do not take this route. Instead, they go for acquisitions and mergers. The two terminologies are different, and they have different meanings. The purpose of both is the same that they require purchase of shares of any company. Businessmen go this way because they can gain dominance within the same industry. The reason behind mergers and acquisitions is synergies. The meaning of the term Synergy is that the sum of the parts is worth more than individual parts. The logic behind the combination of two companies is to increase the benefits for the company. Contrary to this, this practice has been proved fruitful in several cases. The concept of synergy is limited to vision and we cannot translate it into reality. According to a report, most of the mergers and acquisitions fail. You will get an idea about Top 10 Global Acquisitions in this article.

The merger of AOL with Time Warner is popular within the global business community. AOL purchased Time Warner for a sum of $182 billion. As per available data, the assets and revenues of AOL were way higher. The acquisition was done with the logic to make Time Warner part of the global digital revolution and to enable the company to beat its competitors. Unfortunately, things did not move as per planning and during 2002, Time Warner reported a loss of $99 billion. This figure was the biggest loss reported at that time. After that, in 2003, the company was rebranded as Warner Media. At present, Warner Media is owned by the largest global telecom service provider, AT&T. Another example is the purchase of Mannesmann by Vodafone Airtouch. Vodafone is headquartered in the UK and it is the biggest telecom company in the world. The company has operations in several continents around the world. Vodafone is listed on the London Stock Exchange as well as New York Stock Exchange. In 1999, the company purchased the German-based Mannesmann for $183 billion. This move on part of Vodafone proved a time changer and since then, Vodafone witnessed unprecedented growth. 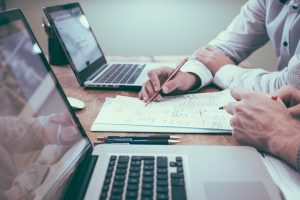