The government of many regions has been forces by the firms to attempt geopolitical adventure and launch coups in different parts of the world. The companies particularly related to the oil sector have been influencing the big powers’ decision form the expelling of Iran president Mossadegh in 1952 to involvement of the united fruit company in Guatemala in 1954. This point in the ranking is included for this reason. If you are not innovating in the 21st century then you are going towards a downfall. Continuous innovations and developments are being made by most of the company particularly those which are tech-related, which increases the company’s influence in the world along with providing benefit and ease to the consumers. Elon Musk is a recent idealistic example who is innovating new products related to technology such as Electric Vehicles, Space travel, solar technology, Telecommunication, and Neural link and is now becoming the richest person in the globe leaving behind the worth of Jeff Bezos.

The most powerful business in the world is the one that has emerged from the hall of Harvard institute. Facebook is a business with more than $600 billion worth and currently, the active monthly users of Facebook are over 2.7 billion. Moreover, many other subsidiary companies and social media platforms are also owned by Facebook including Onavo, WhatsApp, Instagram, and various others. The perceptions of people around the globe are changed as well as shaped by the popular business Facebook. Currently, Facebook has been called for an investigation and is going through strict scrutiny for its failure to address unethical practices such as fake news, hate crimes, and interfering in the United States election and even in different countries of the world. Aramco is regarded as the organization which is making the highest profit in the world and is known as the Kingpin of the oil market. When the Arabian American Oil Company in Saudi Arabia was nationalized then this company was established and now Saudi Government is holding control of the company. An incredible market capitalization worth $1.68 trillion is held by the company. Regarding profit-making, it is the world’s largest company with a massive amount of $88 billion as per the 2020 report. The biggest onshore and offshore oil fields in the world are operated by the company. The company has been reported to produce over 3.6 billion crude oil barrels in 2019. Don’t forget to check out this article 15 Most Powerful and Influential Companies on Yahoo. 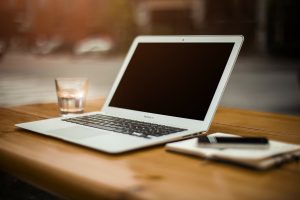