Some nations are referred as tax havens. Generally, this is an offshore nation where there is no to little tax rates, and there is also no real cooperation with different foreign authorities, permitting corporations to function in these tax havens with privacy. These nations motivate firms to get registered in these nations which offer economic improvements and wellbeing in the nation. This will help the business to save their money outside from their country with a rate of tax is high, and therefore, they can avoid taxes. There are few highly popular nations termed as tax havens including Belize, Bahamas, Isle of Man, and Cayman Island, etc. But here we are going to share those countries where tax rates are high and this post is based on the list shared by Insider Monkey.

In different developed regions of the world, people and corporations are advocating the imposition of a high tax rate and the reason is that they are receiving tangible benefits in return. The tax they are paying are used in an appropriate manner such as for improving the infrastructure including bridges and roads, along with offering different public services including hospitals and public transport which are not costly and people can completely depend on these services. This is due to the fact that governments in these countries are not corrupt and all of their policies are transparent. People have full knowledge about where there taxes are being spent. Due to this reason, in different developed nations, one can see added benefits including social healthcare, which along could help in saving high costs. Now without delaying any further, lets move to the list of Top 5 Countries With High Corporate Tax as shared by Insider Monkey in their post.

On number 5th on our list is Japan. This country is having the 2nd highest rate of corporate tax as compared to the rest of the world. However, the tax rate has not decreased below 30.62% as has been observed through the consistent declining trend during the last decade. Currently, the average rate of tax is 34.003%. The next company on the list is Zambia. There are different rates of taxes for different industries in Zambia. More tax rates are faced by technology companies i.e., 40%, while a 15% tax rate is imposed on the agriculture sector. The average tax rate during the last decade is around 35%. You can read more about Japan and Zambia along with other nations on 15 Countries With The Highest Corporate Tax Rates. 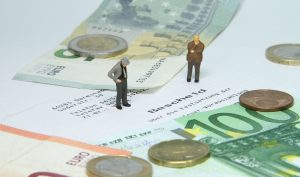