David Abrams is the highly successful investing guru and hedge fund manager popular from the previous 2 decades – this credit goes to the strategy followed by this hedge fund related to purchasing undervalued stocks and then keeping them for long to increase gains. He has worked in the investment firm of Seth Klarman for around 10 years. After that, in 1999, he established his own capital firm, Abrams Capital Management whereby he managed to gain a 15% return within the starting 15 years of his business. The investment strategy of this billionaire also involves buying stocks of depressed firms. This is evident in its particular strategy of purchasing around half a million of TransDigm Group’s share at the start of 2020 when there was high pressure on the suppliers of aircraft components. He had also added more to his Facebook stake in the context of staying at home order along with strengthening his position in Alphabet which is an internet ad company. Along with these, he has also taken a huge stake this year in Energy Transfer Partners and added to his previous position in the Q3 as there was high pressure on the energy transportation and storage partnership because of the situation of COVID-19 pandemic. Here, we are going to throw light on some top picks of David Abrams’ Stock portfolio as shared by Insider Monkey.

Amongst a number of long-running investments by David Abrams, Franklin Resources, Inc. is reviewed by Insider Monkey. This is an asset management holding firm. Although David has minimized his position in the September quarter by 15% but still this company is the 10th biggest stock holding company in his stock portfolio.  During the last 5 years, the share value of Franklin Resources has experienced underperformance because of slow financial numbers. Besides such underperformance, the fim has extended its strategy of dividend growth. The company is increasing its dividend on a year-over-year basis. Another company in the stock portfolio of David Abrams is AMERCO which is the truck renting service firm. The investment firm of Abrams first initiated this stake in 2016. This is on 9th position in the stock holding list of Abrams. The overall value of this stock in the portfolio is 6.35%. Sharp rally of AMERCO’s shares has been observed in the 2nd half of year 2020. In the latest quarter, 14.8% revenue growth has been observed. Per share earnings from the AMERCO’s shares is around $13.58 which is 90% higher then the previous year. Rather than reinvesting the profit gains, the company gave back the cash in the form of dividends to its investors. 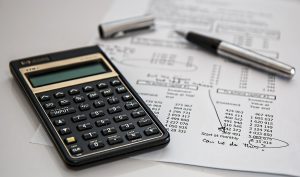