Skip to content
Home > Posts tagged :20 Largest Airports in The World in 2017" 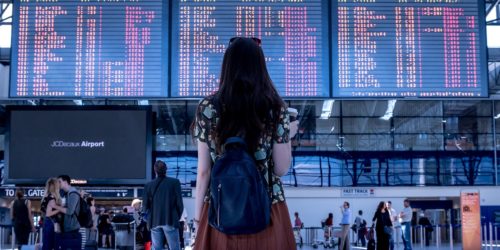 Let’s take measurements and countdown picks for 20 largest airports in the world in 2017! But what makes one airport bigger than the other? Is it the size of the field? The number of passengers it can transfer per a day? The total aircraft movement? Well, to be honest, all of this.   There was a problem with compiling this list. The latest data provided in this matter goes back […]

Do you know what are the largest airports in the world in 2017? The composition of these 20 largest airports in the world is pretty much what you would expect. 12 of them are in North America, five in Europe, and three in Asia. Regarding countries, 11 are in the United States, two in China, and Canada, Japan, United Kingdom, Germany, France, Turkey, and Netherlands have one each. There are […]