A number of companies become public in the year 2020 and gain success and become capable to generate billions of revenues. This was found that the amount increased unexpectedly in the year 2020 was greater than the previous year. The reason is that there were only 110 public offerings in 2019 while the number increase to 129 IPOs in the year 2020. One key reason for this fact is that the better performance of the stock market and the confidence level of investors increased. Amongst all such firms, Airbnb, Snowflake, and Doordash possess the largest IPOs of the year 2020. Although both Airbnb and DoorDash confronted challenges because of lockdowns all over the world, they become capable to increase revenues by $3 billion. DoorDash considers the staying at home orders as an opportunity to increase its business activities. On the very first day, DoorDash’s stocks increased by 85%. The company raised revenues by $3.4 billion.

I have based this article on the post shared by Insider Monkey related to the 10 Largest IPOs of 2020. Let’s begging with the first largest IPO, Lemonade which is an insurance firm based in America that offers renters, homeowners, and pet health policies. This permits you to easily access the insurance-related policies through mobile apps and desktops via chatbots. When the matter is related to the business model of the company, Lemonade offers nonprofits to underwriting profits of the choice of customers. According to Insider Monkey:

“Lemonade is backed by investors such as Aleph, XL, Seal Grusd, Thrive Capital, General Catalyst and Sequoia Capital, etc. In 2020, Lemonade gained more than 1 million active customers. Its IPO was $29/share and the market cap was $8,544 million. the amount it raised through the IPO was $319 million.”

The next largest IPO is Lightspeed POS. This is an e-commerce software company which is based in Montreal, Canada. Lightspeed was started in the year 2005. Dax DaSilva is the CEO and founder of the company. According to Insider Monkey:

“Lightspeed has offices in Amsterdam, Montreal, Ghent, New York, and in many other parts of the world. Currently, it is offering services to more than 100,000 customers belonging to different sectors such as retail, hospitality, business, and restaurant. Its IPO was $30/share along with the market cap of $10,293 million. The total amount it raised through the IPO was $355 million.”

Do you want to learn more about these stocks along with others reviewed by Insider Monkey, then read 15 Biggest IPOs of 2020. 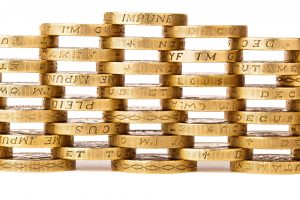