Under the Biden era, the 5G industry is showing various positive developments. The new President has said that he intends to prioritize universal broadband to recover the US economy quickly. His administration has a plan to use $20 billion for bringing reforms in the program Lifeline that is meant to subsidize the phone services and internet for participants with low income in various areas. The sum will also be spent for tripling the funds for internet infrastructure and expanding the broadband infrastructure in rural areas which will be a welcome step. According to the research done by Insider Monkey: “The race to the most efficient 5G network heats up. Tech giant, Apple (AAPL) recently launched their 5G iPhone and since then they have reported an overall iPhone sale of $66 billion (2020 Q4). CEO Tim Cook commented that it was the largest number they have seen: “we saw the largest number of upgraders than we’ve ever seen in a quarter, so we were thrilled about that”. Insider Monkey has used the following criteria for selecting the best 5G stocks under $10”. “In order to identify the 10 Best 5G Stocks To Buy Under $10, we identified the stocks under $10 from the First 5G ETF (FIVG) holdings as of February 1, 2021, and we were able to rank them using the hedge fund sentiment scores.”

One of the best stocks for 5G available to buy in less than $10 is Extreme Networks, Inc. DE Shaw is the top holder in hedge funds with more than $18 million investment in its stock as of last September. An insider purchased a 10,000 share at $4 recently. Therefore, this stock is now up by 150% since the purchase. The Extreme Networks, Inc. had a $209.5 million revenue during their third fiscal quarter which is a huge development. Another 5G stock is Limelight Networks, Inc. The current trade of this stock is $4.56. As of last September, Insider Monkey tracked 17 hedge funds in total in their stock. In 2019, one insider purchased the shares of 21,550 around $2. Since then, this stock is now up by almost 50%. The company also announced a board of directors change and Bob Lyons became the CEO and new president of Limelight Networks, Inc. Are you interested in reading more about stocks like these? Visit 10 Best 5G Stocks to Buy Under $10. 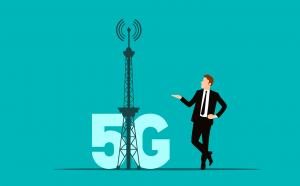