For the past 120 years, the Dow Jones Industrial Average is present and is taken into account as the benchmark for the entire stock market. Alongside the S&P 500, this Dow Jones is regarded as the highly quoted financial benchmark and is usually utilized for describing the market, i.e. for referring to the ups and downs of the market, Dow’s performance is used. Therefore, this is important to ask if Dow is still representing the over the benchmark of the American economy or it becomes obsolete now? This is answered by Insider Monkey as:

“It might not be reflective of the US economy that has been altered with technological advancement, but Dow is far from being obsolete. Even though it is much smaller than its S&P 500 counterpart, Dow has been closely tracking the S&P 500, but it has been less volatile. Over the last five years, the S&P 500 returned around 81% and the Dow Jones Industrial Average has been up by 74%.”

So, should people consider making investments in Dow stocks? According to Insider Monkey:

“Most certainly so, as Dow companies are carefully picked and only companies with the most outstanding reputation and strong financials are included to be a part of the index by a special committee. One approach to invest in Dow stocks, is to buy shares of an ETF like SPDR Dow Jones Industrial Average ETF Trust (NYSEARCA:DIA). However, we have a better idea.”

Microsoft Corporation is topping this list of best Dow stocks to buy. The shares of Microsoft have experienced an appreciation of 39% since the start of 2020. A positive impact has been made by the Coronavirus pandemic on the cloud segment of the company, as companies and remote employees needed cloud-based services for their working. The lockdown situation offered a tailwind for the consumer business and gaming of Microsoft as well. During the Q1 of the fiscal year, the revenue growth of Microsoft increased by 12%. Visa Inc. is on 2nd place in the list and it is shown that more than 160 hedge funds are showing bullish trends on the stocks of this company and the reason is that there is a 9.2% increase in the value of the stock since the start of 2020. For checking out more details, please read 10 Best Dow Stocks To Buy Now. 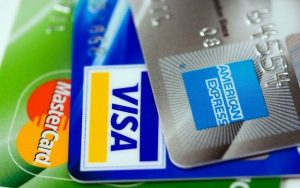