The structure of MLP has been at the place since the year 1981. This was when the gas and oil producer company Apache Petroleum Corporation began offering to avail tax benefit of the partnership through the liquidity of the securities being traded publicly including bonds and stocks. However, a decision was made by Congress to limit such kinds of businesses in the light of 1986’s Tax Reform Act and 1987’s Revenue Act. According to both laws, MLP should gain around 90% of the gross level of income from different qualifying sources for the purpose of pass-through tax benefits. As share by Insider Monkey:

“Pipeline companies make up the majority of MLPs. America alone has a pipeline system of 1.38 million miles. It is the business of transporting oil, natural gas, refined petroleum products and natural gas liquids primarily through pipelines. Based on a study conducted by the business and research company, the global pipeline market transport market is expected to grow from $170.6 billion in 2020 to $180.3 billion in 2021 at a compound annual growth rate of 6%. The market is expected to reach $262.1 billion in 2025 at a CAGR of 10%.”

Here we will be throwing light on the best pipeline and MLP stocks in accordance with the companies mentioned by Insider Monkey. Our list starts with Equitrans Midstream Corporation which is the biggest gatherer of natural gas in the USA. The company possesses as well as operate midstream assets specifically in the Appalachian Basin. Along with that, the company is offering midstream services to the particular EQT Corporation along with other multiple 3rd-parties in Ohio, West Virginia, and Pennsylvania. Because of an unfortunate incident, the compressor station of the company in Morris Township gets exploded and the reason for that is unknown till today but the process of investigation is still in progress. The biggest hedge fund for this company is Dan Loeb who had made an investment of around $100 million in ERTN.

The next company under discussion is Enterprise Production which is offering products that are utilized as feedstocks in the manufacturing of petrochemicals. In 2018, this firm was ranked in the 105th position by Fortune 500 in the list of the biggest US corporations in terms of revenues. This has been recently announced by EPD that the company has loaded the gas powdered vessel. This particular vessel was being loaded with approximately 590,000 barrels LPG. According to the CEO of the company, A.J. Jim Teague, the accomplishment of milestones would be beneficial for both the demand and supply sides of the value chain of LPG. There are some other companies on the list in Insider Monkey’s post as well which you can read at 12 Best MLP and Pipeline Stocks To Buy. 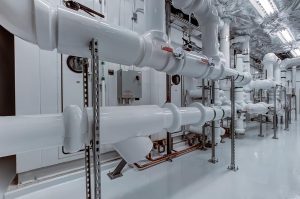