This article is based on a yahoo post shared on the topic of best stocks to buy according to Cathie Wood. According to Cathie, every woman who is engaged in the finance field generally should look for the best place to organize her good track record. According to the post of Insider Monkey, Cathie stated that:

“Building one’s track record long enough usually is a ticket to more success. I always say, try and figure out a way to measure your success in a way that you know no one can take it away from you.” She further appended, “I have the highest regard for the industry. It is a heck of a lot of fun! It’s extremely challenging. Solving the world’s problem out there can’t be anything more satisfying.”

According to her interview with Insider Monkey, this is found that she is more bullish about genomic stocks more than Tesla, but this is surprising when you learn about where she invested the majority of her money. Let’s share the Top 5 stocks to buy according to Cathie:

Amongst the list of top stocks to buy as well as hold for the next 5 years, Teladoc Health is the one according to Cathie Wood. By the end of September 2020, she had invested around $441 million in this TDOC stock. IN 2020, the return on a share of TDOC was above 130%. Telemedicine is offering a low cost and convenient medical office visits alternative solution and might even assist in reducing the overall expenses related to medical. However, this is considered by baron Discovery Fund that at present, the stock may be overpriced. Another stock to buy according to Cathie is Zillow which is also the best stock to hold for the upcoming 5 years. Zillow Group Inc. is functioning as the leading real estate platform in the US and the mortgage marketplace. During the Q2 of 2020, the share went up to a great extent. The investment made by Cathie in this stock is around $500 million but her position is not a big one in terms of holding this stock. The SRS Management of Kartik Sharma was the biggest hedge fund holder of the shares of Zillio with an investment of around $871 million during September 2020.

Want to know what other stocks are suggested by Cathie? Just click on 10 Best Stocks To Buy and Hold For 5 Years. 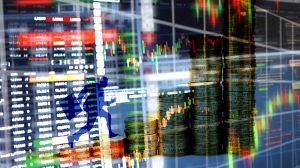