The majority of individuals who have learned regarding the practices followed by some companies to not pay dividends to shareholders might wonder and search for reasons behind this strategy. Why such a rule is even enforced by the company? There might be some reasons behind this that dividends are not paid by the company, but the highly critical one is that they may think that they can better spend their profit on other things. The majority of the company give preference to spend their profit back on the business for the purpose of further growing their operational activities. The reason is that with the growth of the company, the price of shares will also go up and it will eventually benefit organizational shareholders as well. While some companies keep the profits for the purpose of acquiring other companies. Therefore, this is not true to state that only those companies will gain success which are paying dividends to shareholders.

Although the majority of top-level companies are popular and acknowledged by the general public, many individuals have no realization of how many individuals are directly involved or affected by the failure or success of the company. If a worker is failed at his job then only his reputation or salary is affected but in the case of failure of a company, everyone starting from the workforce to customers to shareholders is affected to some level. Similarly, the successes of the company also benefit all those who are associated with the company. Here, in this post, we are going to share some popular companies which are not offering dividends and you will be surprised to know the names of these companies.

Let’s begin with the first company Boeing Co. This is the best aircraft manufacturing company in terms of revenues. This company has faced huge losses during the last 2 years. Therefore, the company decided to reduce the workforce by 20% along with suspending dividends for shareholders during this crisis time because of the COVID-19 pandemic.  JD.com is another company on the list which is not offering dividends. This is one of the biggest e-commerce Chinese-based companies. The company is giving preference to spend its profits on reinvestment to expand business activities and achieve target growth. For more information about these mentioned companies and some others, you can read the post shared by Insider monkey on 15 Biggest Companies That Don’t Pay Dividends. 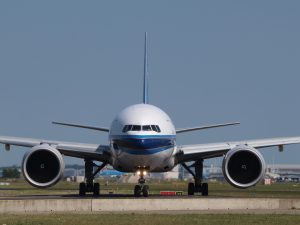