The technology of quantum computing is not an ordinary one. This technology has gained a high level of interest through the governments at the national level. Today, few of the largest technology giants are working comprehensively on this technology, making huge sums of investment into R&D, and coordinating with state-level corporates and agencies for different projects across different sectors. We are going to give an overview of this quantum computing along with sharing ways for making investments. Let us start with a fundamental understanding of this particular concept of quantum computing. While the basic computers are developed on classical bits, all quantum computers possess the quantum bit or qubit as its specific building block. Therefore, as opposed to the classical computers that are storing information as 1 or 0 binary through bits, the quantum computer is harnessing the unique capability of subatomic participles as qubit that could be there in the superposition of 1 and o at the same moment. Resultantly, quantum computers could attain information of higher density and manage very complicated activities at a rate that is higher exponentially as compared to traditional computers alongside consuming low-level energy.

This is considered that quantum computing would have a high-level influence on areas including Artificial Intelligence, utilities, pharmaceuticals, chemicals, logistics, Big Data, financial modeling, aerospace, military affairs, fault detection, capital goods, and particularly digital manufacturing. Let’s start with the Top 10 Quantum Computing Stocks In 2021. The first company is Intel, Corp. which is placed at 10th position in the list of 10 best quantum computing stocks. According to Insider Monkey:

“You probably know that Intel shares received a boost from Dan Loeb’s activist campaign. “we suggest the Board retain a reputable investment advisor to evaluate strategic alternatives, including whether Intel should remain an integrated device manufacturer and the potential divestment of certain failed acquisitions,” Loeb said in a letter.”

This is also expected that the value of Intel shares will be undervalued. The shares of the company were bought by an insider in 2020 and total of 8021 shares were purchased at $44 each and its price goes up by 25% until now. The second company on the list is Micron Technology, Inc. According to Insider Monkey:

“Micron ranks 6th in our list of the best quantum computing stocks to buy now. At Q3’s end, a total of 79 of the hedge funds tracked by Insider Monkey were bullish on this stock, a change of -6% from one quarter earlier.”

Some of the best quantum computing stocks are also pending for your review, just head to 11 Best Quantum Computing Stocks to Buy Now. 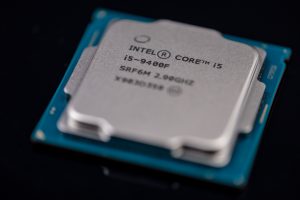