Currently, power is being generated using fuel around the globe. Fuel is among the conventional energy sources and it is a cause of pollution as well. Electricity is an important source of energy for our daily activities and without it, everything will come to a complete halt. We will be unable to perform our daily activities. Industries will cease to exist and there will be no power appliance to work with. There are two kinds of energy sources. One is called conventional while the other one is known as non-conventional. Fuel, wood, thermal and nuclear energy sources fall under the category of conventional sources while solar and wind fall under the category of non-conventional energy source or renewable energy. Due to increasing pollution, several countries have started implementing plans to reduce carbon emissions until 2030. In view of this, these countries are diverting their attention towards using renewable energy sources. The developed countries have the required funds to adopt this change within minimum possible time while the developing countries are moving at a snail’s pace on this initiative. This article sheds light on Top 5 Fastest Growing Power Sources in 2020. The research has been done by Insider Monkey.

Hydropower is the largest global source of power production. As per available data from the International Energy Agency, in 2015, hydropower had a global share of 6% and an annual growth rate of 3.3%. Asia Pacific region is the biggest contributor in hydropower. China has the biggest power plant, the Three Gorges Dam. According to sources, since 2011, the plant grew by 15.7% and the installed power generation capacity was 1,307 gigawatt in 2019. Hydropower is a popular source of energy because the power generation is cheap. Another non-conventional power source if Wind Energy. In this type, power is generated via wind by using large wind turbines. These turbines are responsible for converting the kinetic energy into mechanical energy. The mechanical energy is later converted into electricity through a generator. India, Germany, America and China are the 4 largest countries. During 2016, China made an addition of 19.3 gigawatts of wind power to its national grid. This wind power accounted for 4% of the total power generation in China. We covered only 2 non-conventional power sources. There are few more sources in this article 10 Fastest-Growing Energy Sources in 2020 on Yahoo. 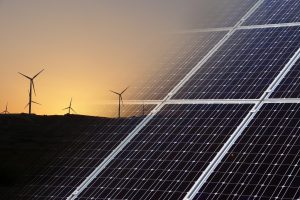