Those companies are included in the mining industry which are engaged in the exploration and mining of different precious as well as non-precious minerals and metals and other energy products such as petroleum and coal. These products are utilized for the production of a wide variety of capital goods, industrial products, and consumer products comprising automobiles, clothing, computers, buildings, and machines. Many of the firms in this industry are even involved in the production of different agricultural products. Mining is an international industry, 5 of the biggest mining companies are located in China while other popular and big mining companies are in Brazil, Australia, Switzerland, and the UK.

Every industry of the world has been impacted negatively by the Coronavirus pandemic as due to the situation of lockdowns in different countries, depression and recession have been faced, particularly in the West. The mining industry was not an exemption to this, as the majority of customers have closed their access to particular sites whereas new protocols have impacted routine activities. There still remains the questions related to the long-term influence of COVID-19, and these questions comprise how quickly the world economies would be in a position to recover once the vaccine is available worldwide and things move back to normal. Still, the impact of this situation on the mining industry is not as severe as that on other industries including the airline industry. In this article, we are now going to share some of the biggest mining companies in the world as discussed in the Yahoo post by Insider Monkey, so let’s start now!

Vale is in 5th position in this list of the biggest mining companies. Vale was started in 1942 in Brazil and is the largest iron ore producer in the world. Along with mining, the company is also operating different hydroelectric plants and major networks of railroads, ships, and ports for the purpose of transporting goods as well. There are around 71,149 employees working in the company and the total organizational revenues are $36.2 billion in 2019. Another company on the list is Anglo American which is a British-based biggest mining company. Anglo American is the largest platinum producer in the world and its part in the global platinum output is 40%.  Anglo American is also the biggest emitter of greenhouse gas and the plans of the company are to become carbon neutral by the year 2040. There are 69,000 employees in the company and the total organizational revenue is $29.9 billion in 2019. For getting information about the remaining companies, please head to 15 Biggest Mining Companies In The World. 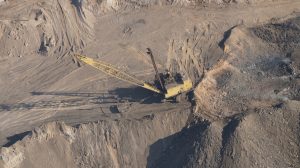