IMF’s World Economic Output shows that Brazil’s GDP is expected to recover in 2021 by 3.6% which will be an improvement from the 2020 decline in GDP which was about 10%. In 2021, it is also expected that the GDP of Chile will also be recovered by 5.8%. Low trade integration and productivity growth have been experienced by Colombia in the past few years. World Bank suggests that it was expected that there will be a decline of 7.2% in the GDP of Colombia and in 2022 it will stabilize at a rate of 4.2%. There are different reductions and recessions in the economic growth rates of other economies like Venezuela, Argentina, and Peru. The increase in unemployment is another negative influence of pandemic on South and Central America. World Bank released data that shows that in 2020 the unemployment rate in Argentina was estimated at 10.4%. While that of Chile it was 7.1%. 12% unemployment rate was estimated in Brazil. The severe impacts of a pandemic on labor were highlighted in the 2020 Labor Overview for Latin American and the Caribbean. However, the pandemic like COVID-19 in past has brought an increase in the wealth of rich people. Forbes Real-Time Billionaires list data shows that an increase was seen by the Brazilian billionaire in their wealth in 2020 with the worth of $145 billion. There has been a 27% increase in the combined net worth of Chile’s rich people. There is always huge inequality in the income of South and Central America in comparison with other regions. Read below about Top 5 Central and South American’s Richest People.

The co-founder of Facebook with Mark Zuckerberg was a venture capital’s name, Eduardo Saverin. They both met at Harvard. They worked together to develop social media website for the students of Harvard later named Facebook. The manager and CEO of the company were Eduardo Saverin. Various startup shares were bought by Saverin in 201o including Jumio, Qwiki, and ShopSavvy. He also invested in a Singapore-based company, Anideo. An online company Aporta aimed at encouraging people to donate money to charity was also founded by him. A venture capitalist company, B Capital was also founded by him in 2015. His fund-financed deal in 2016 in Asia was worth $140 million. Banco Garantia co-founder is Jorge Paulo Lemann. He also has shares in AmBev which is a global brewery company. He co-founded Banco Garantia in 1971 with Carlos Sicupira and Marcel Herrmann. It was the Brazilian largest investment company. Brazilian investment and banking landscape were revolutionized by him. In 1998, Credit Suisse purchased this company. Lojas Americanas retail chain was also purchased by Lemann and his partners. AmBev was founded by Lemann and his partners in 1999 as a corporate of breweries. For more details, check out this article 15 Richest People in Central and South America. 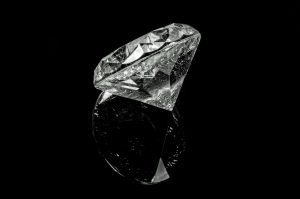