The Giving Pledge was founded by Bill and Melinda Gates which was aimed at convincing the richest people around the globe to donate almost half of their wealth to philanthropic projects everywhere in the world. Mark Zuckerberg, Richard Branson, and Warren Buffet are the most famous among these richest people. The wealth of these billionaires is increasing to an unbelievable amount while most of the people around the world are struggling to fulfill their basic life needs which is a sad reality of the world. The top two richest people who are both from the US have seen a boost in their wealth such that to $200 billion, while on the other hand, the US government took months to approve the payment worth $600 to individuals who have lost their jobs due to pandemic. The income of billionaires is increasing day by day with less or more speed while around 40 million Americans have lost their jobs and among those many are still seeking a new job. After all, this considers 100 individuals making $124 billion per year. Is this sound foolish, this figure has been made on its own in the number entered in our highest-earning billionaire list? Who are these billionaires? However, to get the answer you need to read this article. Moreover, this list also demonstrates the difference between unsuccessful and successful business owners in any area of business. You will be worth a few hundred million dollars if you are a successful actor or musician which is a good thing. The same is the case with the athlete who is highly successful. Recently, the confidential contract of great footballer, Lionel Messi has been disclosed which is the biggest contract in the history of sports. This was a 5-year contract worth over $600 million. You will learn about Top 5 Billionaires in 2020 in this article.

The founder of Nongfu Spring is Zhong Shanshan. This is a Chinese company that is the largest bottled water and beverage company. The wealth of the company owner has reached the sky and he is now the richest man in China. His total earnings in 2020 were $71.4 billion. Another billionaire is the CEO and founder of Pinduodo, Colin Huang. The company runs an e-commerce business (website) in the Cayman Islands. The focus of the business is agriculture with over 730 million consumers. The total reported earnings of Colin during 2020 were $43 billion. 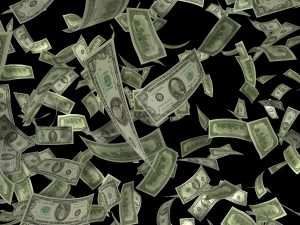