The reason behind this rapid growth in the world population has been an area of interest for many researchers. An epidemiologist, medicine historian, and the British physician, Thomas McKeown explained some reasons for exponential increase in population in his thesis in 1976. He pointed to the decline in mortality as a reason for population increase rather than increase in fertility. He said that better living standards and nutrition gave way to population rise, and not the vaccines and health reforms. Other researchers claimed that agricultural advancements and good medical facilities are responsible. In a post related to 10 Fastest Growing Cities In America, Insider Monkey has shared that: In fact, according to recent figures released by the United States Census Bureau in December 2020, the population growth of America is the smallest it has been since the last 120 years at least. Demographers have stated that this drop may be indicative of just how much the country has been affected by the Coronavirus pandemic. Insider Monkey has shared the following criteria for selecting these cities: We will look at the population growth of cities in the United States over the past ten years to see which are growing at the fastest rate. Some of these cities are well known for being economic hotspots while others are just now starting to gain momentum. All cities have a total population of 50,000 or more, giving them the title of “large” cities. 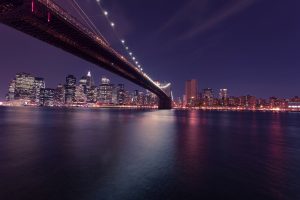