The solar energy industry of the world has experienced huge growth during the past few decades whereby some of the top solar energy firms have led the market strongly. Because of the growing concerns regarding climate change and environmental pollution, the entire world is switching gradually towards renewable sources of energy. One of the highly essential and common renewable energy forms or sources is known as solar power or solar energy. The demand and adoption of solar energy have been increasing worldwide. No matter if it is a solar panel, solar photovoltaic, residential solar PV system, or solar thermal, the overall solar energy industry has been experiencing a huge boom. The majority of the biggest solar companies are availing of the opportunity to increase demand.

In the majority of the highly developed world economies, particularly those located in North America and Western Europe, individuals have gained enough living standard to now concentrate on and enhance a few of the long-term problems including climate change. This is the reason that these firms have begun enacting regulations and rules that are formulated to discourage the process of burning fossil fuels along with motivating and promoting the utilization of renewable energy resources for electricity generation. Therefore, as a result, more renewable energy resources firms are growing rapidly every year.

“To consider the biggest solar companies in the world, we have only considered companies which have operations in more than one country, so as to capture the globality of the industry, which is why NextEra Energy (NYSE:NEE) missed out. This list consists of a diverse group of companies, many of who are growing globally while others already have significant operations in many different countries across the world. The list includes renewable energy arms of major conglomerates while also including standalone solar energy companies.”

Now, let’s start with the companies mentioned in the list. Amongst the largest solar energy companies, Engie is one of them which is a French-based company. The company has started a strategic shift since 2014 by making huge investments in renewable resources of energy and reducing the exploration of fossil fuel. Another company on the list is Lightsource BP which is the 2nd biggest solar company in Europe. Lightsource was acquired in 2018 by BP. The company has its offices across the US and Europe and in India as well. The headquarter of the company is in London. Want to know about other solar companies? You can jump directly to 10 Biggest Solar Companies post on Yahoo by Insider Monkey. 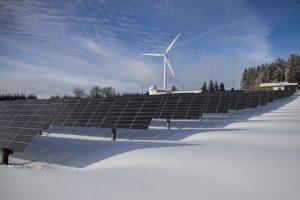