From the past few years, this is a common observation that the temperature of the earth is increasing year-over-year. The year 2020 breaks all the records and ends as the hottest year. The last 5 years were considered as the hottest years ever starting in 1880. This proves that the phenomenon of global warming is actually one and is occurring rapidly. Dramatic changes have been observed in the weather patterns. Both winters and summers have extreme temperatures and the intensity and frequency of devastating storms are maximizing as well. In the context of environmental security, however, apart from strict rules and regulations prevalent in advanced countries, there is still much effort needed to do the accountability of these countries. For those firms which are generating hundreds of billions of dollars in income and revenues, fines of only a few million dollars are nothing. The majority of such firms are from different industries including those of the gas and oil sector and mining industry and these two industries are taken into account as the highly lucrative sectors all around the globe. But the worst thing is that all these companies have full awareness regarding the negative consequences of their activities, still, they indulge in such activities without paying much focus to the protection of the surrounding environment. In this article, we have listed some of the companies which are in the list of Top 5 Companies Known As Biggest Polluters as shared by Insider Monkey.

Petrobras is amongst one of these companies whose total emission of greenhouse gas from 196-2017 is 8.68 billion tonnes. This biggest oil company of Brazil is on the 20th position in the list by Insider Monkey and had few successes including the rebuilding of the humpback whale population of Brazil and also had around dozen of oil spills taken place in the last 5 decades. Another biggest oil company is on the list namely Total S.A. This is a French-based company and has experienced a fine penalty because of oil spills along with an explosion of a chemical plant in the country. The company also compensates the victims of its spread pollution in 2008 due to the sinking of its ship. From the year 1965 -2017, the total emission of greenhouse gas by the company was 12.35 billion tonnes. There are many other companies in the list by Insider Monkey which can be read inside the Yahoo post “20 Companies That Are The Biggest Polluters in the World.” 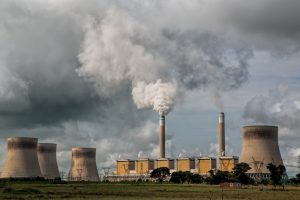